Newhaven Community Choir now has three new songs and a reel to celebrate! All three songs were written over the autumn with the help of musician and choir leader Jed Milroy and the multi-talented choreographer and fiddler Joanna Jeffries.

Thanks to funding from The Edward Marshall Trust the process of writing a song based on local stories has been fascinating and our Songbirds were proud of the results. From the mythical willow tree to the pirate bones found under the playground of the  local primary school  the choir have been belting  out their new repertoire ever since. 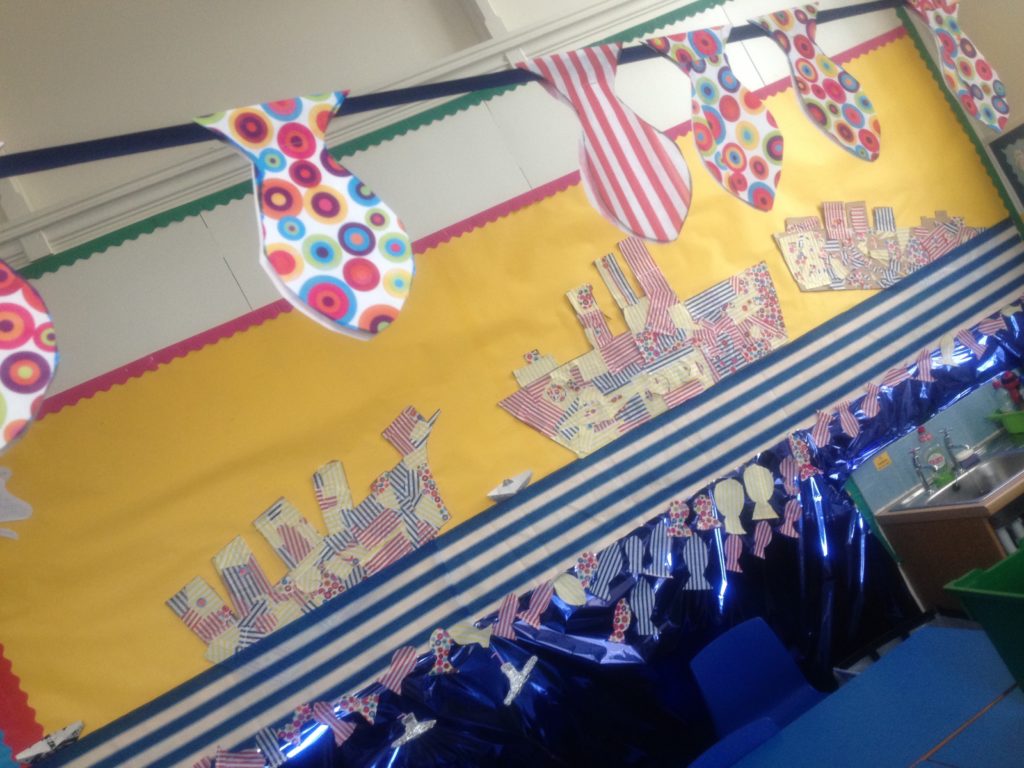 The third song was developed with Victoria Primary’s lively P 7 class and is about Newhaven’s role in developing a listening system for enemy U Boats in The First World War.  Our Curator Jan Bee Brown set the scene by writing a series of short stories about the U-Boat war at sea and the class visited Ciara Phillip’s Dazzle Ship ‘Everywoman’. Art workshops inspired by Newhaven Fishwives’ Gala dress followed with Jan and Helena Barrett from Edinburgh Arts Festival joined in together with parents who shared their skills making origami propellers and ghosts.

The next step was a music session with Jed and The Submariners Rap was born. Napier University then stepped in with their amazing 360 degree go-pro camera and the class made a music video to go with their song.

The Thrive Archive cordially invite you to The Giddy Kipper Ceilidh on Monday December 5th from 7.30 to 9.30pm at Victoria Primary School, Newhaven, Edinburgh. So polish up your dancing shoes and get ready for a new reel, a new ceilidh band, 2 live choirs and a mug of soup provided by The Real Junk Food Project Edinburgh.